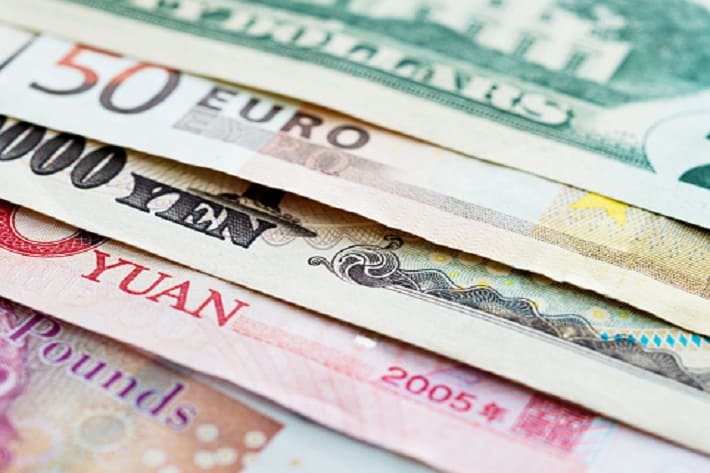 The currency of the United Kingdom is officially called British Pound. The United Kingdom also has an official central bank that is named as Bank of England. The British pound also set the IMF’s special drawing rights. According to the data of 2019, sterling is among the top currency reserves in the world. The pound is also known with different names. Some of the names of these British official currencies are Sterling, cable, Quid, Pound Sterling, and Nicker. British Pound is among the most known currencies in the world and comes in the top fourth most-traded currencies across the world.

The first-time pound that came into existence was in the year 760. It was first introduced in the financial market as a silver penny. Later Pound was mixed and had pure silver around 92.5%. It was famous as a sterling pound at that time. It was the only coin that was in use in Britain until an alternative, the shilling, was launched in 1487. The pound was introduced two years later.

The bank of England is famous and is among the first central banks across the globe. Earlier the notes were written by hand.  But in the year 1855, the notes were printed. With the introduction of gold conversion and its influence in the trading world, Britain also followed the gold standard. Britain saw immense growth in its industry till the year 1914.

When Britain had colonies across the globe, the British pound was used in those colonies. These countries became a sterling area that led to the popularity of the British Pound. However, the economic dominance of the US affected the British economy negatively. The pound saw a decline in its value around the year 1040. A devaluation was introduced to the Pound after 9 years. The second devaluation of the currency was done in 1967. The British Pound started to face fluctuation in its market price.

We have mentioned the Overview of the British Pound:

UK Pound to INR: Selling and Buying of Currencies

According to the market data, the official currency of the UK is most converted into USD. You can convert the pound exchange rate to INR with the help of a currency converter online. INR is the official currency code of the Indian Rupee. The currency rate means the price of the said currency when it is being sold or purchased through the currency exchange market. These exchange rates are not the same and depend on the institutions or money changers. There are government banks that can convert your pound to INR. You can also contact a licensed entity for this purpose. Mainly the licensed money changers offer higher pound exchange rates due to the rivalry in the market. you can buy a pound at a given price from an exchanger. If you want to sell your pound then you can contact these authorized entities to gain an average price.

In the table ahead, we have mentioned the UK pound to INR rate.

As you know, the Pound Exchange Rate today will differ from the old pound exchange rate to INR. We have mentioned the old UK Pound to INR rate to help you with the pound rate today in India.

We have mentioned some denominations for the British Pound in India-

Q1. When was the first time when the British Pound was introduced?

Ans. The British Pound has a long history. It was first introduced around the year 775 in England. The weight of this currency was equal to the one-pound silver. Athelstan, who is known as the first King of England, was the first person who introduced a national currency named ‘’sterling’’.

Q2. What was the year when the Bank of England was Established?

Ans. The central bank of England was founded in 1694. It was established as a private bank. It is also famous as one of the first banks established in early history.

Q3. How can you explain the Pound Rate today in India?

Q4. What was the reason for the establishment of the Bank of England?

Ans. The bank of England was not a public entity. The main reason for its establishment was to collect money to wage a war against France.

Q5. Who issued the charter allowing the establishment of the Bank of England?

Ans. King William and Queen Mary issued the charter that allowed the establishment of the Bank of England. The reason for its establishment was stated in public interest and welfare.

Q6. What does the Pound exchange Rate to INR mean?

Ans. The Pound exchange rate to INR simply means how much one can earn after converting one’s original currency to another one.

Q7. Can the Pound rate today in Delhi help me know the currency rate of tomorrow?

Q8.  Do I need to go through the pound rate today in Delhi to get the best UK pound to INR rate?

Ans. Yes, if you want the best pound exchange rate today then following the pound rate today in Delhi can help you. The price of the pound keeps fluctuating. It is best to follow online sources to get the best price on currency conversion.

Q9. Where can I convert and see the pound exchange rate for trial purposes?

Ans. You can use the online currency converter to know the pound exchange rate against Indian currency. You should use the authorized websites to convert your currency amount as the price keeps fluctuating.

Q10. If I want to go to Britain, is it necessary for me to convert my Indian currency?

Q11. What documents does one need if one wants to trade foreign currency in India?

Ans. If someone wants to sell or buy a foreign currency in India that person must furnish these documents-

Q12. If someone wants to trade (selling) a foreign currency in India that person must furnish these documents- Bank Accounts for Minors: How to Open Minor Savings Account